The Little Church with a Big Heart 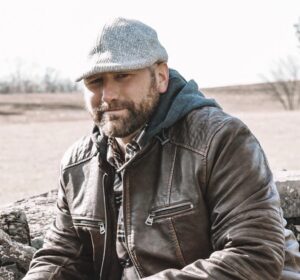 I want to give you a personal welcome to our Salem Church of Waynseboro website. I became the pastor here at Salem in March of 2022. At the time of writing this entry I am 37 years old. I am the husband to Deidra Mangus, and I am the dad to six children ranging from ages 4 to 15. We reside in the borough of Chambersburg, and I enjoy my twenty minute drive to the church as it allows me time to listen to the Bible, worship music, and podcasts. Often, I will drive in silence and pray.

I am originally from Louisville, Kentucky. My grandfather founded and pastored the church and Christian school that I attended until I graduated from college. At the age of 13, I felt the call of God on my life to be in the ministry, and pursued this dream immediately. I preached my first sermon at the age of 14 at a nursing home ministry. From 2002 to 2006, I earned my undergraduate in Pastoral Ministries. I moved to Maine and became a part-time youth minister. The next nine years I held this position at a non-denominational church, and I worked as a corrections officer for six of those years and as a 9-1-1 dispatcher for one year.

In April 2015, I enlisted in the Maine Army National Guard, and in September 2015 I went to Basic Combat Training and Advanced Individual Training. Upon completion of these trainings, I returned to Maine in February 2016. While at these Army trainings, I clearly felt God calling me to the chaplaincy. In 2018, I commissioned and became a Chaplain Candidate while I attended seminary. I earned my Master of Divinity from Evangelical Seminary in Myerstown, PA,  in May 2021. I became a Chaplain in the Pennsylvania Army National Guard in April 2022.

Deidra and I have been married since February 2017, and I moved to Chambersburg once my interstate transfer from the Maine Army Guard to the Pennsylvania  Army Guard was complete. If you do the math with the information I have already shared, you can easily tell that we are in fact a blended family, and we have a heart to minister to and alongside of other blended families.

Some of the non-ministry things I like to do are as follows: I enjoy watching and being involved with my children’s sports; watching University of Kentucky men’s football and basketball; following the Boston Celtics; fishing; sitting on the patio by the firepit and watching a movie or a game on our big white wall with the kids; and trying out new local restaurants with my wife on our dates.